Uncanny possibilities is a performance for one performer (text), one musician (electroacoustic) and a video. Composed of intangible spaces enveloped by a constant fog, the virtual world ofUncanny Possibilities is an uninhabitable place, a non-place. In this unstable environment in a state of semi-erasure, humanoid automatons perform repetitive actions with no real consequences and shift the boundaries between the animate and the inanimate, the human and the inhuman, the tangible and the intangible. 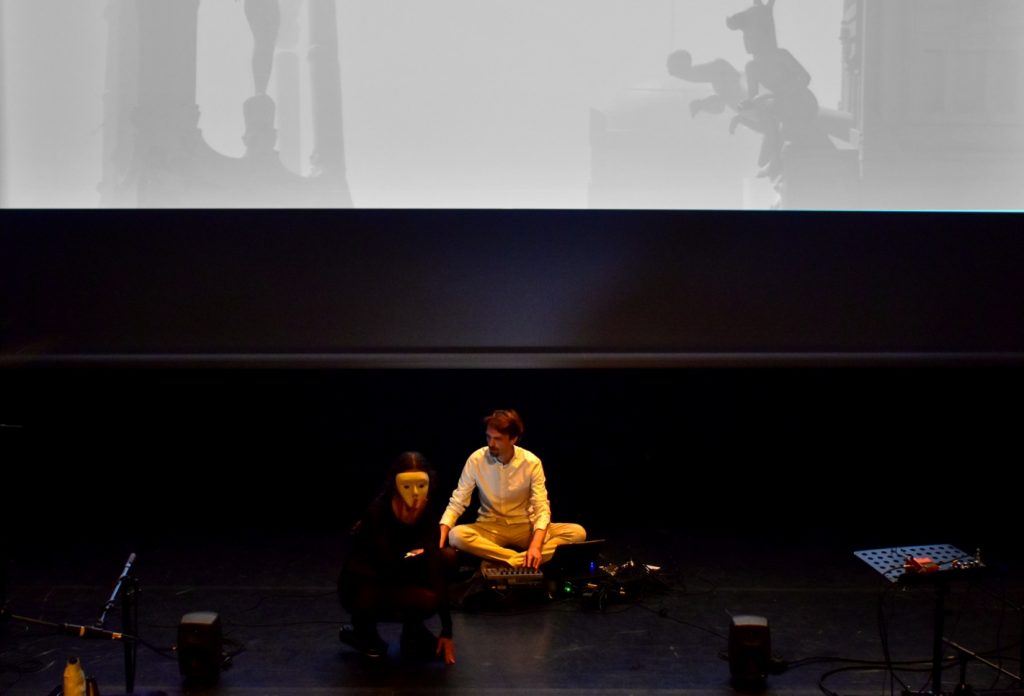 Uncanny Possibilities is a game place for consciousness.

Uncanny Possibilities ’ musical intention is rooted in electroacoustic music that is improvised/reproduced live on loudspeakers during the performance.
Surrounded by his various electronic instruments, Gaël Tissot explores a musical world that creates a balance between video and text: on one hand the slowness and intangibility of the character in the video, on the other hand the dynamism and thought brought by the text.
The music ofUncanny Possibilities draws from, while also modifying, image/music interaction
which are often found in video games. The texture of the sound follows the movement of the character, musical landscapes surround him, a dialog between music and voice establishes itself.
Uncanny possibilities a été joué au festival Expoésie (Périgueux), Traverse vidéo (Toulouse), et sera présenté en novembre 2019 au CIAM de l’université de Toulouse.
Previous
Next